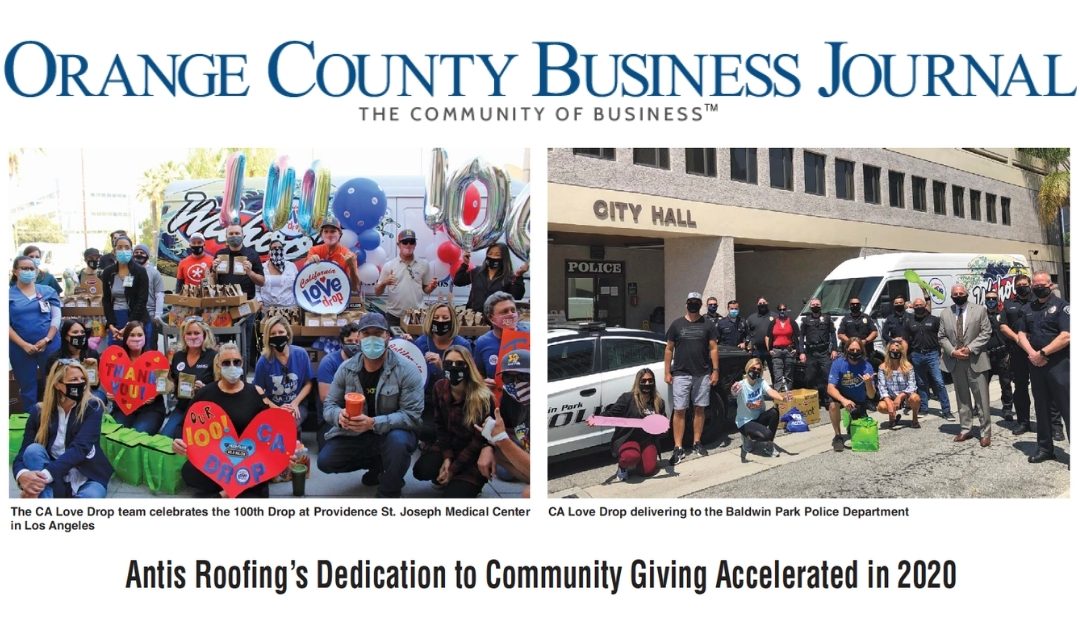 Antis Roofing & Waterproofing has always made a large-size footprint when it comes to supporting and sharing with its community. That commitment became a call to battle like never before in mid-March, when a serious epidemiological crisis became visible. Antis pivoted in new ways when the pandemic hit, focusing on key impact areas of shelter, families, children, food insecurity, and frontline workers. Because Antis already adhered to a philosophy and culture of doing good, the company was poised to meet the need, along with fellow companies and colleagues.

“The worry and stress made it feel like we should all hunker down and pull in the latchstrings,” Charles recalls. But then he began to hear the cries for help, pleas for PPE, blood supplies and nourishment. He knew the very organ-izations Antis had been supporting all along were reeling; in addition to that, his eyes were opened to many other areas of critical need.

Yet prepared as he was, even Charles was amazed at the sea of change wrought by the pandemic. “There were a lot of ‘never-befores’ at Antis Roofing before this year. We never had a blood drive, we never delivered food before, and we didn’t have a firsthand understanding of food insecurity,” he notes. A career spent keeping people safe and dry under quality roof-ing would soon open up to another world of great need.

“We are in a different world today….a hyper-adaptive world,” Charles says. “Our company was built around philanthropy and because of that, we can adapt our efforts quickly to what is needed now. In a less-secure world we are more job-secure and our brand is relevant. I am proud that our medium-sized company is in a position of leadership and positive influence…we are creating the world we want to live in.”

When Wahoo’s Fish Taco founder, Wing Lam, told Charles about a small act of kind-ness called California Love Drop, Charles knew instantly it was something he wanted Antis to be part of. The premise was simple: to show everyday heroes and frontline workers that they were seen, valued and appreciated by delivering important sup-plies, food and goodies to their places of work.

Antis was one of the first to jump on board but many others soon followed. What began as a single delivery of 300 meals from Wahoo’s Fish Taco to Hoag Hospital in Irvine quickly turned into an astounding sea of collaboration resulting in the deliv-ery of well over 12,300 meals/treats/beverages/PPE/Antis hand sanitizer and sani-tizing wipes to frontline heroes and those in need during the COVID pandemic.

What made the efforts so profoundly satisfying was the reaction of the healthcare workers, police officers and firefighters when California Love Drop showed up at the door.

“When we showed up at a local precinct a few months later to say ‘thank you’ and deliver another California Love Drop,” recalls Antis, “the police captain blinked back tears and said, ‘Oh my God, thank you! This is the first act of kindness we’ve felt in our precinct for a long time.’ ”

From the team behind California Love Drop, these are the words of hope: “We have always been true believers in the power of the human spirit. Community support is more important than ever, and we have never doubted the impact of a delicious meal in uplifting spirits. For as long as necessary, we will keep this positive momentum going and continue to applaud the courage of our frontline brothers and sisters.”  Wing Lam, Co-founder of California Love Drop, Founder of Wahoo’s Fish Taco 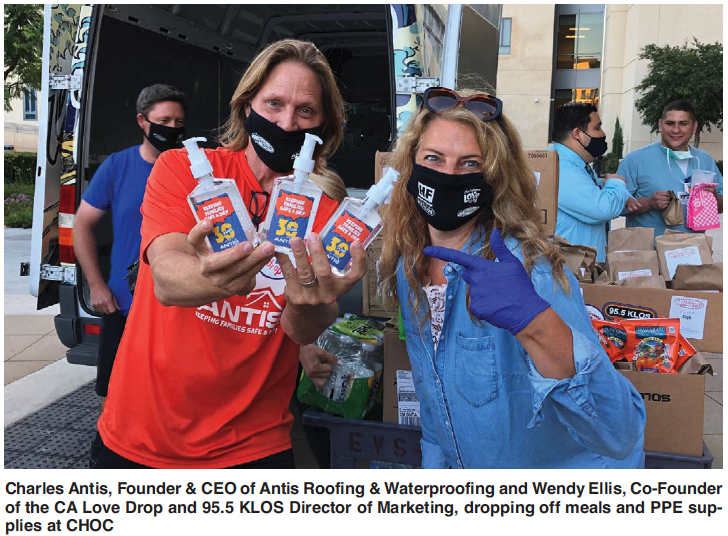 “Thanks to Wing and the CA Love Drop, we’re awakened, full of aliveness in the moment, seeing new opportunities! We’re near that magic intersection where fulfillment meets impact! Someday I’ll reflect back upon today as one of the most fulfilling and beautiful times in my life.”  Charles Antis, Founder & CEO, Antis Roofing & Waterproofing

These accolades and others fuel the determination for Antis and his company to keep on giving where it counts the most. For Antis Roofing & Waterproofing, it’s been an eye-opening journey and has given new meaning to what it truly means to be a force for good.