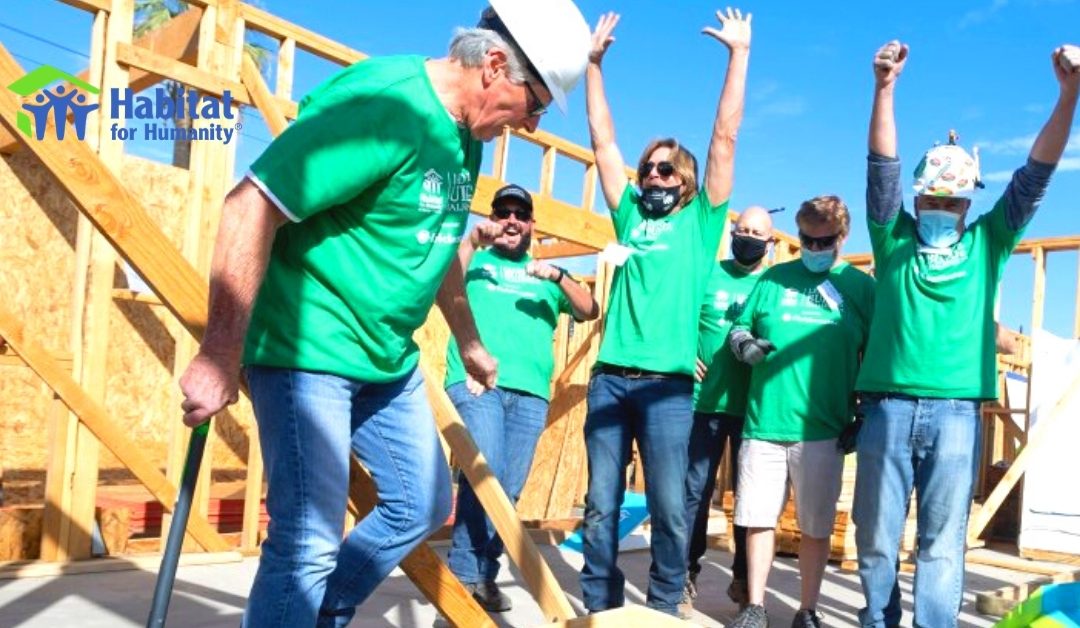 Charles Antis, founder and CEO of Antis Roofing and Waterproofing out of Irvine, specializes in fixing leaking roofs.

But on Thursday, Nov. 12, he was more focused on securing the walls under them as he and other business leaders from around Orange County took part in a CEO building day for two Habitat for Humanity of Orange County homes under construction in Fullerton.

This was his 10th year participating in the Leaders Build Challenge.

“I was awakened 10 years ago that we can make a difference,” Antis said as the volunteers formed walls out of two-by-fours and raised and secured them in place. “Everyone deserves a decent place to live. These walls give a family a chance to be protected and their kids educated. And they’re able to thrive.”

Since 2009, Antis Roofing has had the pleasure of donating every roof on every Habitat for Humanity Orange County home built with the help of Eagle Roofing Products! That’s over $1M donated in roofing.

After a morning of construction work, the CEOs had a little fun in the afternoon playing construction site games. They traded putters for sledgehammers and played a few holes of mini golf and competed in relay teams to see who could hammer in nails the fastest.

The games helped the participants rack up more points – they have also been fundraising as teams for Habitat for Humanity leading up to the build days in a competition to win the annual challenge. The winning team will get to keep the champions cup until next year’s competition.