El Niño on the Horizon? It Pays to be Prepared 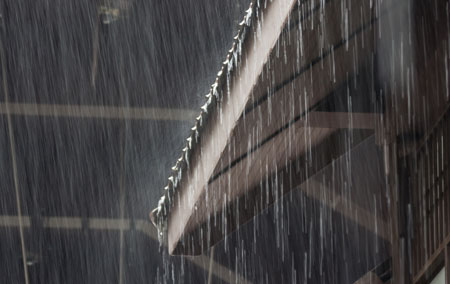 Resolving Roof Issues Now Can Save Thousands in Damages Later

As we head into summer after one of the driest winters on record, most California homeowners and HOA property managers are probably not thinking about rain-related roof and deck troubles. The sun is shining, the temperatures are warm—it’s time to sit back and relax. But while we may have avoided the hassle of leaking roofs and associated damage last winter, this dry spell could just be the calm before the storm—El Niño, that is. If so, now is the time to inspect that roof and repair any potential leak points, because those in the know predict that if El Niño does hit next winter, it could dump rain in quantities not seen in nearly two decades.

This year, the Climate Prediction Center (CPC) of the National Oceanic and Atmospheric Administration (NOAA) gives El Niño a 58 percent chance of arriving in the next three months. By early fall, the probability rises to about 80 percent.

Many meteorologists, including Kevin Trenberth, a climate scientist at the National Center for Atmospheric Research in Boulder, Colo., are predicting that this year’s El Niño could be similar to the last big one in 1997-98 that caused billions of dollars in damage and killed an estimated 23,000 people worldwide. In California alone, that event nearly doubled the region’s rainfall totals from the annual average of 15 inches to 27.85 inches.

With numbers like these, as far as roof and deck maintenance goes, Benjamin Franklin said it best: “An ounce of prevention is worth a pound of cure.” In a deluge of rainfall, a small leak can cause thousands of dollars in damage in very little time. During a major storm, most roofing companies will be flooded with repair calls, and unless it’s an emergency, you can expect wait times that can make leak-related problems much worse. Plus, as the law of supply and demand dictates, prices will be higher—not just for emergency fixes but for permanent repairs as well.

“Whether or not there’s an El Niño in our future, now is the time to get an inspection, get on a maintenance plan, and fix any issues,” says Antis president Charles Antis. “Oftentimes HOA’s will postpone reroofing because of cost concerns, but, if a big rain does hit, and the roof’s in bad shape, the price will be far greater in the end.”

Here are some measures you can take to keep your HOA’s roofs and waterproof decks leak-free:

The secret to surviving El Niño is to be prepared. As a property manager or HOA board member, this means ensuring that your roofs and decks are solid, adequately maintained and replaced if necessary.