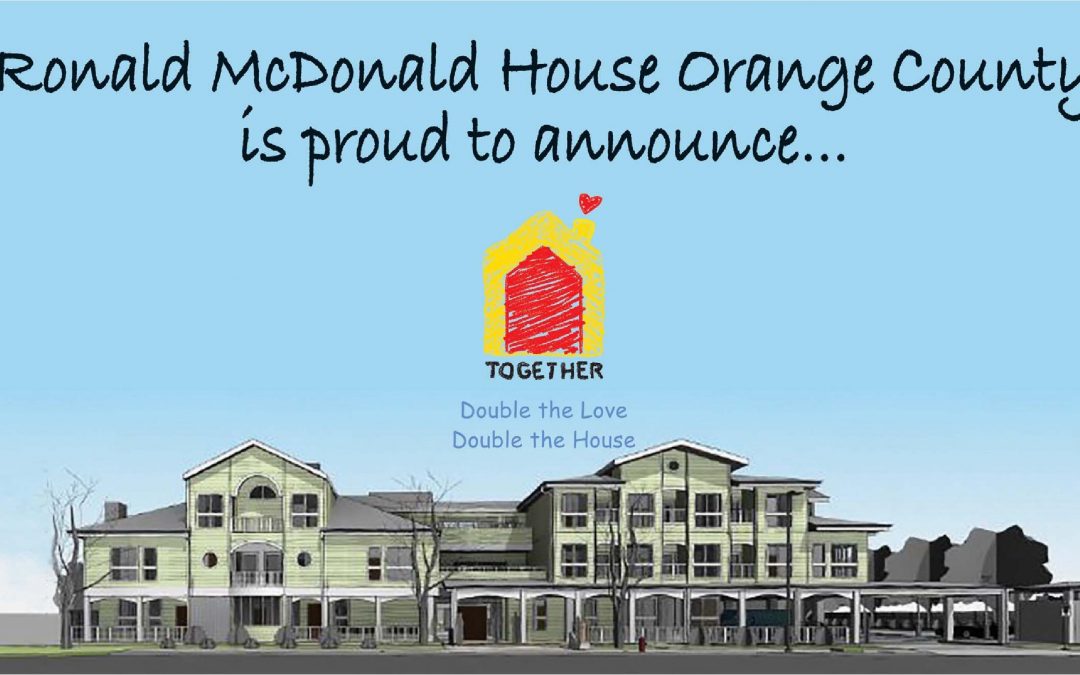 Charles Antis was running late. He was due at CHOC at Mission Hospital to engage in two hours of healing time with his twins, who had been born premature. Antis and wife Dawn had been told by doctors and hospital staff that taking turns holding their babies Charlie and Grace on their chests—skin to skin—was crucial to the children’s health, growth, and perhaps even survival.

On that morning, Antis was driving to the Mission Viejo hospital from the Irvine headquarters of Antis Roofing, the company he founded in 1989. He was anxious about his kids, worried about being late and on top of that he wasn’t feeling at all well—a bad case of chronic heartburn. But there was no time to stop for a bite of food to help relieve the pain.

As he walked toward the NICU, he passed a desk where cheerful volunteers for the Ronald McDonald Family Room usually sat. There were no volunteers on duty yet. Had there been, Antis admits he might have hurried past with barely a nod. “They were always nice and offering help, but I avoided them. We didn’t know if the twins were going to be okay, and I desperately didn’t want to be a father with sick kids. And that’s who Ronald McDonald volunteers were there to help.”

He grabbed a granola bar from the snacks on hand at the vacant volunteer station on his way to be with the twins. Later, as he held his tiny babies against his bare chest, he found comfort and relief from the bar, and was able to be in the moment with his family. Antis didn’t have an instant revelation, he admits, beyond feeling a bit guilty about grabbing the granola bar.

But after the couple took their healthy and happy twins home, his appreciation grew for how Ronald McDonald House supports parents so they can focus on taking care of their kids. After all, that’s what they did for Antis and his family, through something as simple as stocking snacks at the volunteer station. Soon, that small act of generosity would be amplified in a big way.

Today, Charles Antis and Katie Rucker are co-chairing a $12 million capital campaign to double the number of rooms at Ronald Donald House Orange County. The expanded house will be able to offer care and comfort to 44 families—twice as many that stay at the house now. The need is great. CHOC has grown significantly since the Ronald McDonald House opened in 1989—from 64 beds to more than 300 beds. Support from the community has been generous, but another $4.3 million needs to be raised so construction can commence, with completion planned for 2021. 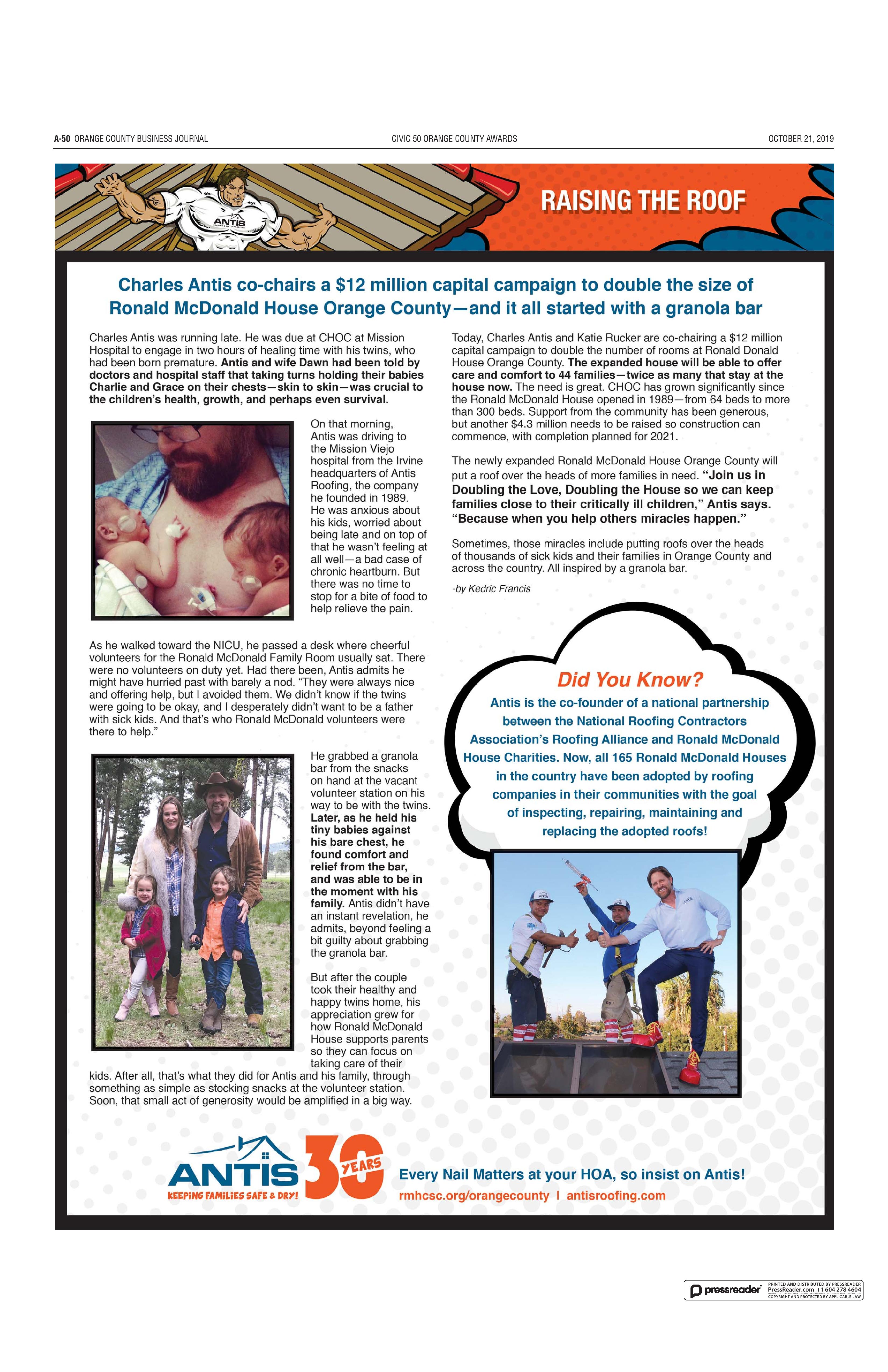 The newly expanded Ronald McDonald House Orange County will put a roof over the heads of more families in need. “Join us in Doubling the Love, Doubling the House so we can keep other families close to their critically ill children,” Antis says.  “Because when you help others, miracles happen.”

Sometimes, those miracles include putting roofs over the heads of thousands of sick kids and their families in Orange County and across the country. All inspired by a granola bar.

Antis is the co-founder of the initiative between the National Roofing Contractors Association’s Roofing Alliance and Ronald McDonald House Charities. Now, all 165 Ronald McDonald Houses in the country have been adopted by roofing companies in their communities with the goal of inspecting, repairing, maintaining and replacing the adopted roofs!