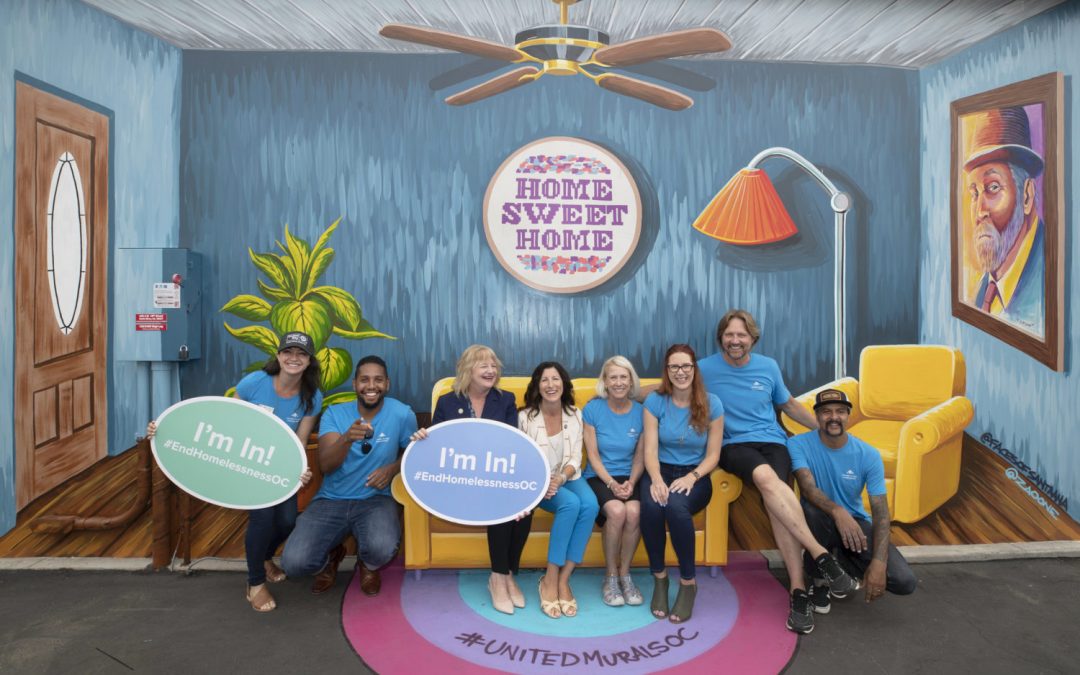 Coming up on the rainy holiday season, a dry roof overhead — even if that means different things for different people — is a priority for families. For roofers like Charles Antis, a dry home is more than a luxury. Without one, a house is a potential safety hazard; at other times, it’s a big bill that didn’t always get paid.After decades at the daily grind of his business, a simple act of kindness became a wake-up call of sorts: A young man extending a bottle of water to a homeless woman on a roadside caught his eye one day.

For the first time, Antis was noticing more homelessness around Irvine and Mission Viejo. Before then, like a lot of people, he saw them, but then again he didn’t really see them.

“Rather than think how I could help them — inadvertently or subconsciously — my mind became puzzled. I wonder[ed], where [did] they sleep?” he said.

In actuality, however, his “aha moment” may have occurred much earlier in life. Three decades ago, he started his business with little money and no employees. One day, he responded to a service call, happy to get any job. As a woman opened the door, he was hit by a strong smell of mold.

A bad leak was seeping into her young daughter’s bedroom — a leak the mother simply couldn’t afford to pay.

“I saw mattresses and moldy bedding where the siblings slept. That set me on this journey,” explains Antis, a local philanthropist at Irvine-based Antis Roofing. “I wanted to leave, but the mom had this tired look on her face. Something came out of my voice-box; I said, ‘I’m going to take care of your roof.’”

So he pulled together a group of volunteers, and made it happen.

These days, he’s all in and realizes that putting the perfect roof on a house also means developing compassion in people. Under his moniker of “Every Nail Matters,” Antis says business has soared, enabling him to give back to folks that need help.

It’s all a circle.

“We gave them a crude but dry roof and that family got to stay in their home. They didn’t have any more leaks,” he said.

Unfortunately, a lot of bias still exists, says Antis, often out of hubris. The homeless are labeled “lazy” or other derogatory terms to justify turning a blind eye. Having participated in the county’s last point-in-time count of the homeless, he believes the average person would be shocked at what they see.

“It’s our children, it’s our parents,” he said. “We saw veterans that we all believe deserve dignity and acknowledgment, but our brains have a bias. We’re forgetting that they’re there.”

Doing the right thing isn’t always popular. However, in his case, the unexpected outcome is also great for business. The more he gives, it seems, the more he receives.

That’s a far cry from the early days when he didn’t have money to fix a roof, but had a lot of heart and got it done anyway.

“Now we’re developing people, the roofs are so much better,” he said, adding that most roofing companies experience high turnover. His retention rate is around 90 percent, and he attracts top talent. “The reason I have them is because our story aligns with their story. We believe everyone deserves a decent place to live.”

Through the initiative, public awareness and engagement, the community is being educated on homelessness solutions. Online advertising and social media sparked larger conversations to draw people and organizations to their initiative to end homelessness countywide.

It may also come as a surprise that thousands are turning out to champion the cause. Their regular two-hour homeless advocacy 101 training is seeing lots of action, with classes running in 18 of Orange County’s 34 cities.

“We’ve had 3,624 [people] attend that class,” she said. “We know that people are very interested and want to learn more about how to be involved in addressing homelessness.”

Classes provide an easy way to engage those who want to create change, to learn together in a gathering point, and join the movement.

“That’s also very encouraging that Orange County residents care about this issue and want to see their leaders engaging in long-term solutions for homelessness,” she said.

There is also the high cost of doing nothing. The agency estimates the county spent $299 million in tax dollars assisting with homeless services for the year ending 2015 alone. Heyhoe said research shows that providing long-term solutions is more cost effective.

Recently, local philanthropists around the county gave big to help move the campaign forward, coupled with funding from a variety of grants, foundations and an outpouring of support from the community.

In the last 2019 point in time count, there were 6,860 people experiencing homelessness in Orange County emergency shelters, transitional shelters and on the streets, with the latter being the majority.

“It might be a shocking number to some people that we have almost 7,000 people homeless here,” she said. “To us, it feels like a feasible number to be able to wrap our arms around. If Orange County continues to work together across sectors, we truly can end homelessness here.”

Susan B. Parks, president and CEO of Orange County United Way, said the agency is appreciative of the many caring and influential business leaders, community partners and their volunteers.

They are paying it forward to make a big impact in the lives of others in the local community with their time and donations.

“With their continued commitment to help transform the lives of children and families in Orange County, we are closer to ensuring that everyone in Orange County has access to a quality education, a sustainable income, good health and stable housing,” she said.