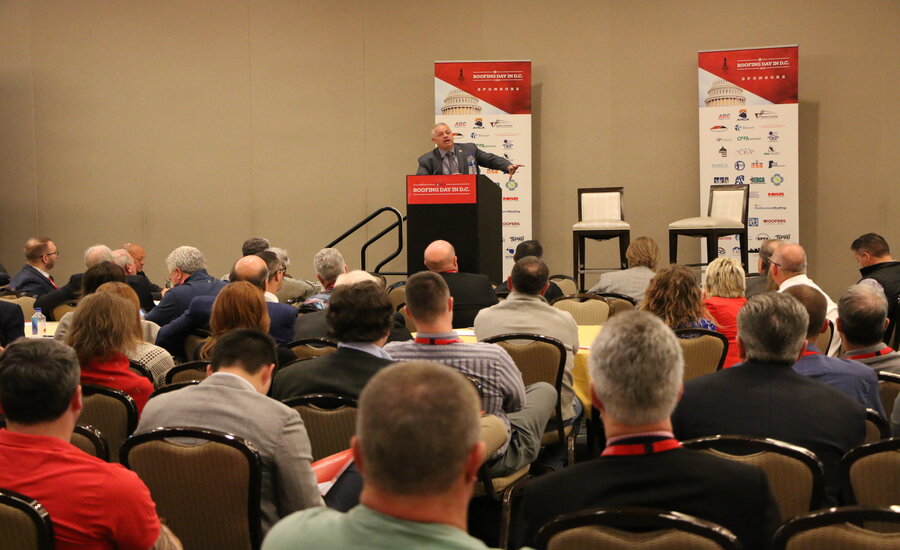 WASHINGTON, D.C. — More than 400 roofing professionals converged on Capitol Hill for the second annual Roofing Day last month in a concerted effort to let members of congress know their biggest concerns and to show support for bills that could spark much-needed change.

Modeled after last year’s inaugural event, a total of 278 meetings were pre-arranged with members of congress and congressional staffers during the national fly-in.

NRCA CEO Reid Ribble said attendance was up about 5 percent compared with last year and about half of the attendees participated in Roofing Day for the first time — a sign that already has him looking forward to next year and beyond.

“The larger this event grows the more we will begin to put wins on the board for the roofing industry here in Washington, D.C.,” Ribble said. “But the way those wins occur is by the relationship building that occurs when adults who care about their country sit down and they talk and they share…and they build relationships with congressional staffers and their bosses so that they begin to trust the information we’re giving them.

“And that means we have to do this every year, year-in and year-out.”

Ribble began discussing the idea of a roofing industry ‘fly-in’ to lobby congress in 2017, saying the stakeholders — roofing contractors, suppliers and manufacturers — needed to do a better job of speaking with a collective voice in Washington.

The NRCA and its political action arm, ROOFPAC, again designed the event with political consultants from D.C.-based Prime Advocacy, and modeled it largely after what Ribble said he saw as a three-term member of the U.S. House of Representatives from Wisconsin.

Many who attended Roofing Day called it paramount to the future of roofing.

“Last year it felt like ‘Will they notice us?’” said Charles Antis, owner, Irvine, Calif.-based Antis Roofing & Waterproofing. “This year, I know they notice us. So as a group, we want to go in and say ‘We need more help.’”